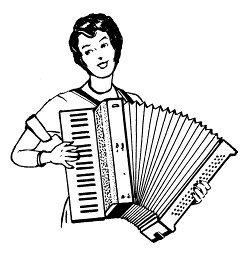 This is a list of musical works composed by Chris Pressey.

Note, there is some controversy over whether this list should be in Chrysoberyl, or elsewhere. And by "controversy" I mean, I can't decide.

I use the term "sci-fi" to refer to not only fiction but also a few of my musical compositions which are too funky for me to call them techno.

Pure experimentational weirdness with the C64's SID chip. The phrase "Chip Box" refers to the packaging for Old Dutch potato chips (a cardboard box, similar to a cereal box, which contains two plastic bags of chips.) The yak may or may not have been a nod to Jeff Minter; I don't recall.

This was the theme to a game I was trying to write for the Commodore 64 called "Nukeball" (which was never finished). There was also an alternate choice.

When recording the MP3, I added the fade-out at the end with Audacity because otherwise it would loop indefinitely.

Tears on my Catbox

Quite short; could be a "game over" theme, or something.

This was, I believe, an alternate Theme to Nukeball. I rather like it. (It cuts off sharply at the end because it was supposed to loop, but didn't.)

Where there is an MP3 available, it has been converted from the MED file using xmp (or modplug123) and lame.

I've been told that this sounds like it should be the theme music for a spy movie.

After the Fact used MED's ability to transpose an instrument, which most module players don't support. However, xmp does support this feature.

"Anagnoresis" is either an alternate spelling for, or a typo for, "Anagnorisis", which means the moment some profound realization is suddenly made. There is no such particular moment during this piece. However, the second snare beat in each measure is on the and-of-four instead of on four, in a sort of attempt to make your ears wait for it and then go, "oh, there it is."

This has been described as vaguely Annie Lennox-like, at least how it mixes a mellow ballad with a funky (perhaps overly funky) percussion track.

I think I remember composing the theme to this on an electric piano at a friend's house after pulling an all-nighter. It was supposed to be a very mellow tune (originally, at least,) which was a bit difficult to capture in an Amiga music module (I apologize for the harshness of the saxophone sample.)

Experimental Angry Music! Contains, I believe, two samples of my own voice.

One of my favourites. Originally done up in MED (a somewhat techno-ier rendition) and redone in Cakewalk (a more jazzy rendition.) The JV-30 version ends with a percussion outro, as does You Drive Me Wild — it seemed as good a way as any to end a song.

Experimental dance music with lots of samples. Samples on the general theme of panicking.

Another pop ballad, this one with crude sound effects of a rainstorm in it. The "false resolution" (V to vi instead of V to I) at 1:33 has been commented on favourably.

A funky little tune with a somewhat strange musical structure — it kind of goes all over the place, without building up to anything... kind of a A-A'-A-B-C-D form. Yet it doesn't feel like a medley, it feels fairly coherent (at least to me.)

Probably the most conventional of my "Sci-fi" tunes. One friend of mine found the melody horrendously catchy in an evil way such that he could not stand listening to it.

You Drive Me Wild

I've been told this would make a good background music for a platformer, although I'm not sure I agree. I do like the signature chord at the start, though; the dissonance is entirely intentional, and it "works", but only because it's soon resolved. Ends with a percussion solo, as does Go(Figure).

These were mostly composed on a Roland JV-30 MIDI'ed up to Cakewalk running on Windows 95.

Except where noted, these were recorded from the JV-30 synthesizer itself.

I consciously (though not entirely successfully) tried to write something "Björk-esque" for this one.

This was going to be an actual song, once, with lyrics and everything.

A Moment in the Sun

My only foray into reggae. A happy sort of tune; it was originally supposed to be followed by Back to the Rain in some kind of putative playlist...

Back to the Rain

Very, very short. Intended to be preceded by A Moment in the Sun and serves more as an outro for that tune. Or, maybe it could be used as the "oops you lost a life" music in a video game, that sort of thing.

The title is meaningless; it's some kind of simple rustic air with a sitar duet jammed into the bridge. But it's another one of my favourites, because I like that sort of thing.

I had three tunes that didn't stand on their own. They don't go together either, so I put them together. I've been told it's reminiscent of Frank Zappa, but frankly I don't know if I've ever been able to make it through an entire Zappa song, so I couldn't say, myself.

This was rendered with TiMidity++ and the freepats soundfont. I apologise for what it did with the hand claps.

Here's what this icky techno piece tries to evoke: having a terrible hangover on the brightest morning of the summer while strolling through a garden that was planted by someone with a green thumb — it's very lush and in full bloom — but a very poor sense of how to lay out a garden.

The Shortbread Rocketship is a 2-and-a-half-hour-long computer-generated opera. It was generated for NaOpGenMo 2014.