This list is an offshoot of Video Games of Note which is dedicated to games for that 6502-based home system, the Atari 2600 VCS.

These are arguably all classics instead of merely games "of note", but if so, they are somewhat on the obscure side of "classic". 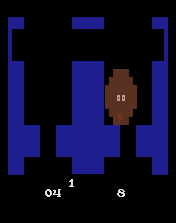 As the TVTropes article says, this is possibly the ur-survival-horror game. The game uses invisibility to good effect — just because an object exists at a certain location doesn't mean it has to be drawn on the screen.

The "font" in which the digits of the score are rendered is also nice, but I suppose that's minor. 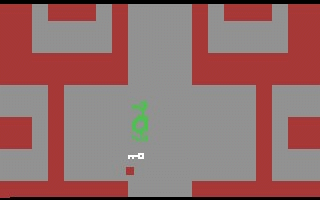 Notable for at least two things: one, it was an attempt to "graphicalize" a text adventure; that is, the author wanted to translate Colossal Cave to a graphical interface. And two, apparently it is the first game containing an Easter Egg (or at least, the first to popularize this notion.) 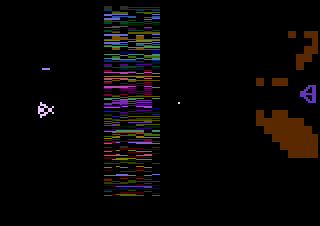 It's also notable for the early use of a "glitch art"-like effect: the neutral zone is indicated with visual noise which is actually the 6502 machine code of the game itself, being displayed on the screen as if it were a bitmap.