This is a list of computer sports games of note.

I'm not generally a huge fan of sports games. These are recognizably about a sport, but could not be described as "conventional".

For "computer game" see Computer Games of Note, but note that in this instance it does include video games. 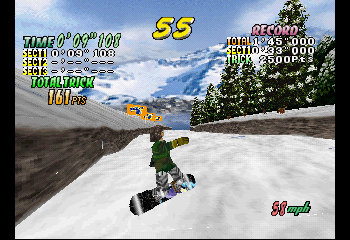 It's only barely realistic — for example, there is clearly no limit to the amount of spin you can impart to your jump. The longer you keep holding X and right, the more rotational velocity you'll have when you catch air. Whee! And it has a soundtrack that can't be beat. 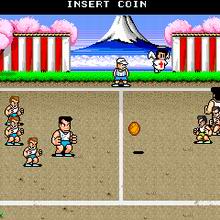 Because what dodgeball game is complete without the ability to actually kill your opponents? Not to mention some of the players are literally giants.

This was a type-in game that appeared in Compute! Gazette Issue 49, July 1987. 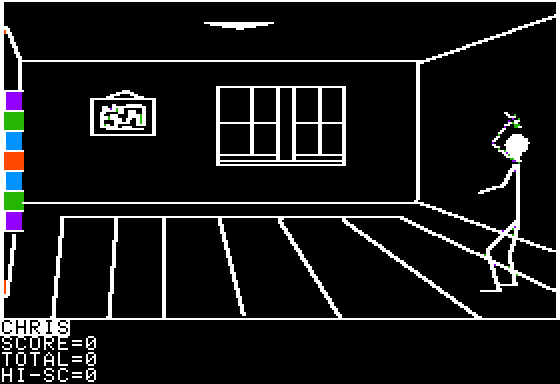 It took me a long time to locate this game again.

Basically it was a darts game. Your player stands on the right, the dartboard is on the left, and you threw the dart in an arc and hoped to hit the dartboard.

It was meant to be played with a paddle, but it was also playable with an analog joystick, which leads to the "smash your thumb" technique for a perfect dart launch, which I will describe here at some point. 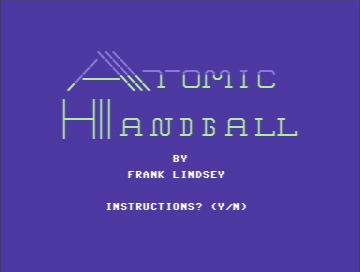 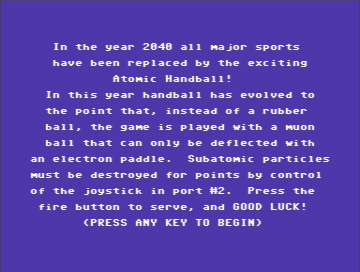 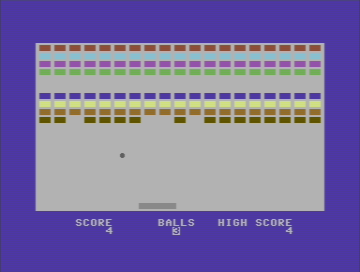 Certainly a contender for Best Premise: it's the year 2040 and all major sports have been replaced by the exciting Atomic Handball!