This is a list of Gewgaws made by Cat's Eye Technologies, listed in alphabetical order. For more information on these Gewgaws, see below.

The distinction between a Gewgaw and an Automaton or even a Game is not always cut-and-dried, so if you can't find what you're looking for here, try those lists as well.

A Minimalist Critique of Tetris 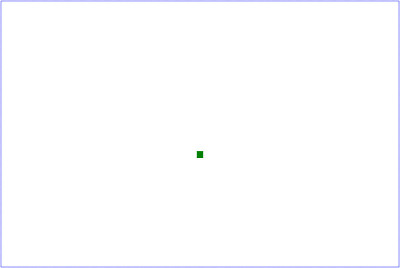 A minimalist critique of Tetris. 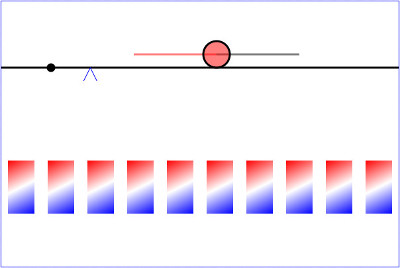 This is an animated version of the "non-random walk" on p. 72 of Mathematical Circus by Martin Gardner. 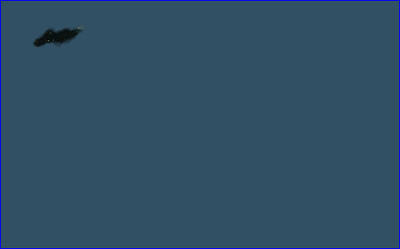 A simulator that lets you experience the thrills and spills of the fascinating world of art restoration.

Knots made of Bézier curves. 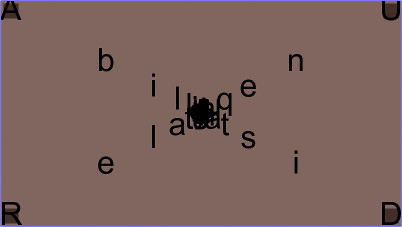 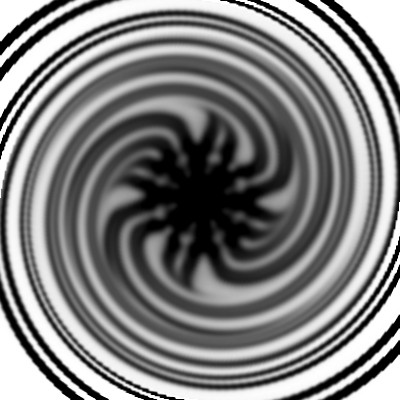 An application of an analogue-video-like feedback effect to an HTML5 canvas element, with in-browser controls by which the feedback properties can be adjusted. For some background and an explanation of how it works, see its README document. 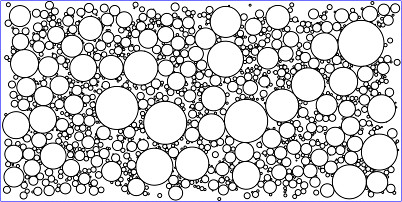 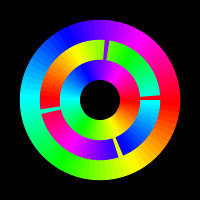 It's turtle graphics, except there's a small margin of error. You might ask for "Turn right 90 degrees" but you might get only "Turn right 89.91 degrees".

It uses a faint pen, so if you repeat the drawing instructions many times over, you get a nice pencilly noisy effect.

A spiral made up of semicircles with proportions in the Fibonacci sequence. 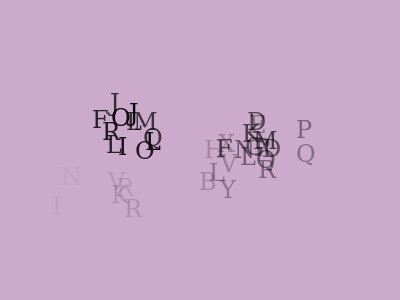 A simple interactive entertainment, intended to be experienced on a touchscreen device.

This is most certainly a gewgaw. It should provide you about 20 seconds of entertainment, give or take. 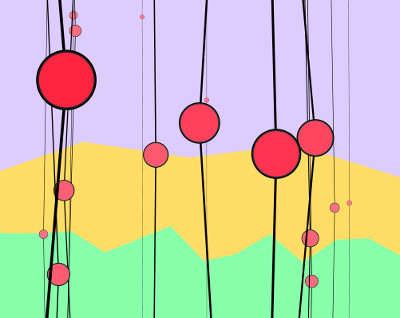 Warning: the following may contain tedious and/or glib background and/or analysis.

Casting a negative space of knowledge. Calling itself a "plate" frames it as a work of learning, like some kind of 19th-century anthropology text. Yet it only raises questions — what are these entities? what kind of world do they inhabit? what are they protecting? who is Clarkson? — without providing answers, leaving it up to the observer to either imagine their own answers, or decide that answers to these questions are not necessary.

Plus it's fun to click on the red balls. 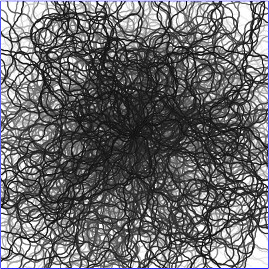 Your web browser is burdened by the sins of its ancestors and their shower drains. 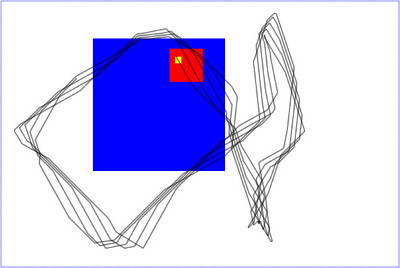 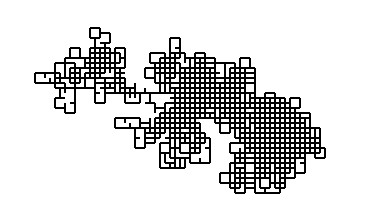 This is a geometric interpretation of the Kolakoski sequence (also known as the "see and say" sequence) using turtle graphics: 1 means turn while 2 means go forward (roughly speaking.) 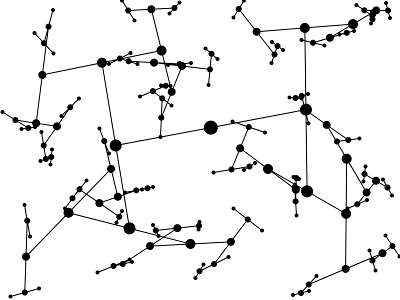 This is the result of implementing that method. 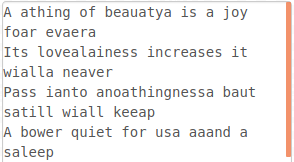 A "livetextmangler" — an online tool which transforms text. As you select different filters to apply to the input, the output is updated in real-time. Can also be used on the command-line. 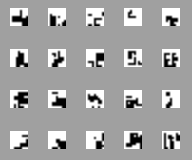 Uses a 2D Markov chain to generate new glyphs from a character set. 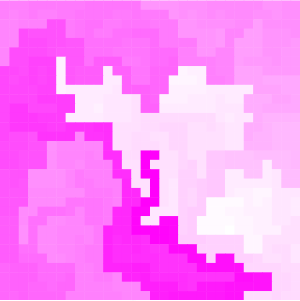 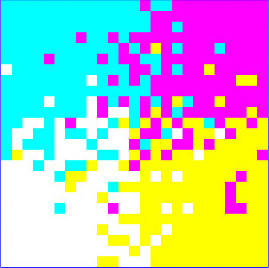 Noise to Signal No. 1

A process by which an image containing some text is constructed. The process does not always terminate, but when it does, the image it produces is self-describing. 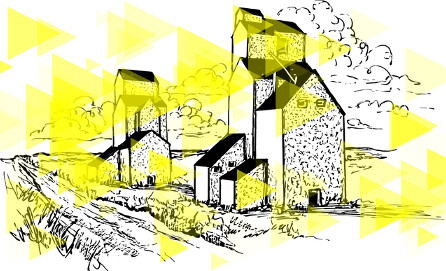 An animated impressionistic depiction of the prairies.

I composed this while still in Winnipeg and still learning about the capabilities of <canvas> — something about the wind and the wheat... The background is a public-domain drawing of a grain elevator taken from Wikimedia.

A real eye-tickler. This was one of the first bits of <canvas> code I ever wrote; I essentially wrote it by accident — it wasn't quite what I meant, but I liked it, and kept it. For me, in Firefox, it starts getting interesting around 100 iterations, and starts stopping being interesting around 1550. In Chromium, you can still see some activity at about 2000 iterations, but it's very faint thereafter. 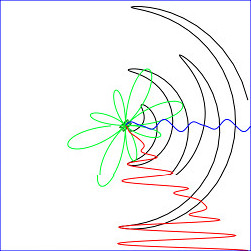 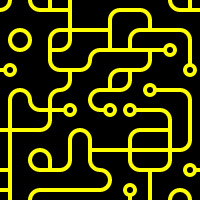 Randomly-assembled street map or circuit or something similar to these. 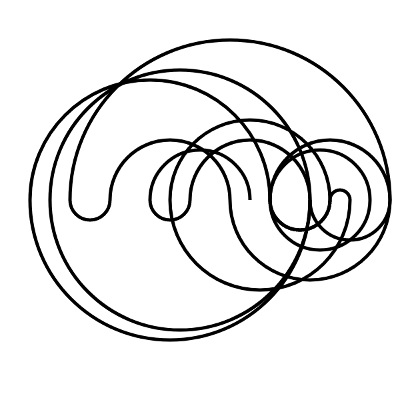 A path made of semicircles. 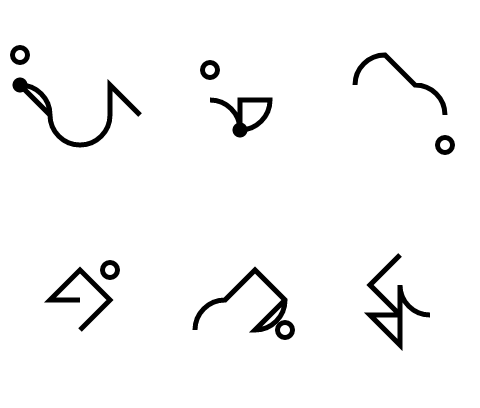 An attempt as making generative asemic writing (well, printing) that was going alright and then I started to go a little overboard and then it no longer looks much like writing. There was another idea here that remains unexplored, namely, constructing a Markov model in one context (say, words of a text) and extracting it and using it in an unrelated context (say, when building a spadget.) 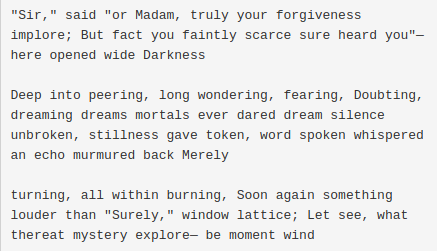 An online tool/amusement where you paste in some text and it displays the text with repeated words removed.

An interactive exploration of the concept of The Frame in art, based on words and 'do by Frank Zappa.

This piece was conceived and begun in late summer or early autumn of 2012, in Winnipeg, and finished up and released from Cornwall in spring of 2013.

The Judgment of Paris 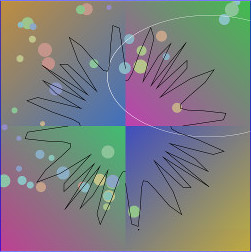 A slight reworking of a well-known Greek myth. 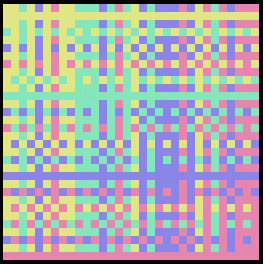 A graphical depiction of the first two hundred and fifty-six natural numbers, in base four, using coloured squares with potentially varying assignments of colours to digits. 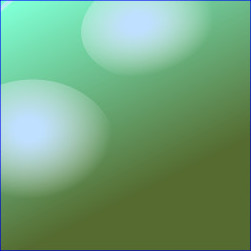 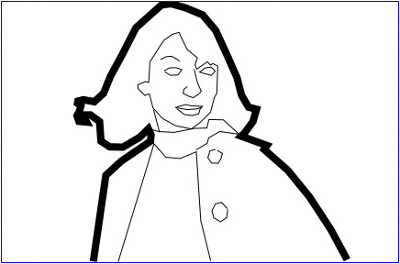 An interactive, navigable, animated thing based on several tracings of a still from a film.

In Chrysoberyl parlance, a gewgaw is the digital version of a bagatelle (music) or a doodle (visual art). It almost always involves visuals (usually animated), sometimes audio, and occasionally interaction.

A gewgaw need not be implemented in HTML5, but most of Cat's Eye Technologies' gewgaws are, and you can can experience them here, online, right in your web browser.